Pro Hunting Hacks may earn a small commission when you purchase a product from links on our site. The price you pay is not affected. Thank you for supporting this site.

All You Need to Know About Coyote Hunting

Coyotes are brilliant because they adapt to their changing environment. They tend to occupy any conceivable habitat ranging from waterfronts to dense forest to open ranches. You have to hunt them safely and sanely so that you do not jeopardize your safety when doing so. The following is a guide on how to hunt coyotes successfully.

Before you embark on your hunting escapade, you need the appropriate hunting gear. Coyotes weigh around 50 pounds on average. That means you do not need a highly powerful weapon to bring one down. In fact, some states prohibit the use of high caliber weaponry when hunting coyotes.

The following gear is effective when hunting coyotes.

Coyote calls are typically mouth-operated calls that simulate the natural cries of a dying prey or they imitate different sounds of the coyote. When choosing the right call, you need first to determine how effective you are when it comes to using any one of them. You can find a wide range of calls in the market but the most common are squealers and howlers.

With a squealer, you can produce the sounds of a dying prey with the most common being the sound of a rabbit. A howler, on the other hand, enables you to howl, yip, and yelp like a coyote. You can learn to vocalize different sounds such as territorial howls and mating howls once you get used to using the howlers. Doing so would help you attract either male of female animals depending on the howl.

If you are hunting alone, then you will have to do both the calling and shooting. It would be better if you can hunt in pairs so that when your partner is calling, you can be ready with the shotgun. Additionally, you should avoid letting your hunting dog tag along since he might be tempted to race around throwing caution to the wind.

Coyotes tend to stand 50 to 100 yards away from anything suspicious. When with a partner, you can take care of this problem by having the shooter hide about 30 to 50 yards on the downwind side from the caller.

Technological advancements mean that everything is possible and easy including hunting coyotes. You can use several decoys to attract predators. This includes full-body silhouette rabbit decoys, coyote decoys, and several other decoys that attract coyotes. Since Coyotes are social animals, I mostly recommend using the lone howler. By placing this decoy in a visible location, you can create a visual image for the coyote that is too enticing to pass. You will attract it’s peers very quickly.

The best thing about lone howlers is that you can use them with squealer calls or howlers. You can increase the effectiveness of this decoy by fastening a piece of rabbit fur in its mouth to make it more appealing to interested coyotes. If you want the maximum benefit of using full-bodied coyote decoys, then try using them in high breeding seasons.

Other useful motion decoys are the ones resembling prey species such as prairie dog or a rabbit. These baits work best during the hard winter months when coyotes find it hard to get food. The baits usually offer an easy meal for coyotes luring them to areas that are close to you.

Coyotes have sharp eyesight that helps them detect the slightest movement when hunting. For this reason, you need to be well hidden when hunting. Ensure that you are properly concealed when hunting to avoid suspicion.

Both in Canada and in the northern parts of the US, snow and winter tend to go hand in hand. At such times, I find it beneficial to wear all white, king’s snow shadow, or predator camo since they all blend well with the snow-covered topography.

In any other area or season when the ground is not covered with snow, choose well-matched camo pattern. The main point when concealing your presence is to make you blend with the landscape. Using a face-mask, wearing gloves, and staying as motionless as possible are also excellent ideas.

As mentioned earlier, you only need a small caliber gun to bring a coyote down. There are several types of such weapons out there but if you are focusing on popularity, then the following will serve your purpose. The all-time popular .223, the venerable .22-250, the .243 which is the most versatile, and the most modern .204.

Standard weight barrels are sufficient but I prefer heavy barrels since they increase stability, which improves aiming and downrange accuracy. One of my friends always relies on the .22-250 without disappointment.

When it comes to choosing the bullet, you can use any you want but I would recommend using the one that minimizes damage to the hide.

Since coyotes are small animals and more so tend to camouflage with their surroundings, finding them may prove to be a hard task. For this reason, you need a good pair of binoculars backed up with effective riflescope.

With a good pair of optics, you can scan and pick them up easily from a distance. When choosing coyote hunting binoculars, you need to make sure they are small such that they are not a burden to carry. Additionally, make sure the binoculars are not only small but that they are also durable and can serve you in hunting big game.

Then back up your pair of binoculars with a long-range rifle scope. During long-range shooting, a variable magnification can make a big difference between hitting the target and missing by just a few inches. When choosing the right scope, I would advise selecting the one that utilizes the latest technology. It should also have a ballistic turret so that you can preset distances effectively. This kind of scope eliminates the need to guess elevation levels and as such, it facilitates accuracy as you learn how to hunt coyotes.

You can read our Best Hunting Binoculars Reviews to choose the right one for coyote hunting.

Once you have your hunting gear in place, it is time to go for the big hunt. These tips will help you have a successful hunt.

1. Maintain Silence on Your Hunt

Coyotes are known to be cunning. They are very alert and they have strong eyesight. These characteristics are the reason why they run off immediately as soon as they sense any kind of danger.

For example, they might sense you approaching them. You can minimize the noise you make by not slamming your car door when you arrive at the hunting ground, by ensuring that your hunting gear makes minimal or no noise at all, and by keeping your tone low as you communicate with your fellow hunters. You can also communicate with signs in addition to staying still once you are in good position.

In addition to keeping quiet, you also need to reduce your visual profile and your scent. If possible, use a natural cover to conceal your presence.

3. Look for Signs of Their Presence

Despite their craftiness, you can easily tell if coyotes are present by looking for their tracks. Coyotes leave small prints similar to those of a dog. You can also listen to their howls, which are most common at dawn and dusk. Moreover, coyotes have a habit of depositing their droppings in small piles, which makes it easy for you to find them.

4. Looking for A Suitable Shooting Position

When hunting, make sure you get a place where you will be comfortable for an hour or two as you wait for the coyote. The position should also give you a clear view of the surrounding such that you can see the coyote approaching from a distance.

Once you are settled and you have waited for about 15 minutes without any sign of a coyote, you can use calls to attract the animal. Moreover, you can decide to use a decoy in case the coyotes have become too smart to approach the shooting area.

Hunting coyotes requires a high level of patience. If you follow these steps correctly on how to hunt coyotes, then you can rest assured that a coyote will show up. You can take 15-20 minutes break between calls. If you are not successful in luring any coyote, then you can change positions.

When the coyote shows up, ensure that you finish him off with a clean kill shot. You don’t kill the coyote for meat, but for its fur because it is soft and attractive. For this reason, you need to make a clean shot without destroying the pelt. For an instant kill, aim at shooting the vital organs such as the heart or the head, although the latter tends to be small and hence a hard target to hit.

Once you have shot the coyote, you need to do the following things.

Q. How can I find a wounded coyote?
A. Coyotes usually drop right away after shooting. However, if it escaped death and instead, it was wounded, then you should pick the blood trail and follow it. If it was badly injured, it will not fall too far from the site.

Q. How can I find a coyote’s location?
A. Scout your hunting areas for coyotes by looking for their tracks or listening to their howls at dusk or at dawn. Additionally, you can know their approximate locations by looking out for their piled droppings.

Q. How dangerous are coyotes?
A. Coyotes are usually afraid of people who appear to be over 50lb for a single coyote and over 75lb for a group of them. In either case, killing a coyote should be easy for you.

Coyotes hunt rabbits, quail, turkey, deer, and ducks as their main source of food. By hunting them, you minimize competition and prevent the population of other animals from shrinking. Since coyotes are highly adaptable, wiping them out is almost impossible and those who hunt simply help in managing their population.

Although livestock is not on coyote’s main menu, they are not afraid of approaching homes and farms especially when food is scarce in the wild. When they have no choice, they will simply eat what they find in pet bowls but that will not stop them from devouring your pets or livestock if they can. 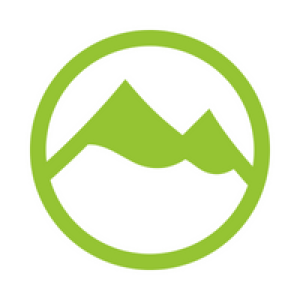 A hunter since age 9, I love the outdoors and the camaraderie at deer camp. Whitetail deer hunting in the mid-west is my favorite. I'm constantly checking out new gear to give me an advantage or to keep me more comfortable.

Best Cold Weather Hunting Boots As a hunter, you know that cold feet can ruin your hunting trip. Frozen feet can turn a fun day …

Best Cold Weather Hunting Gloves If you enjoy hunting during cold winter months, you need to invest in a good pair of gloves. The right … 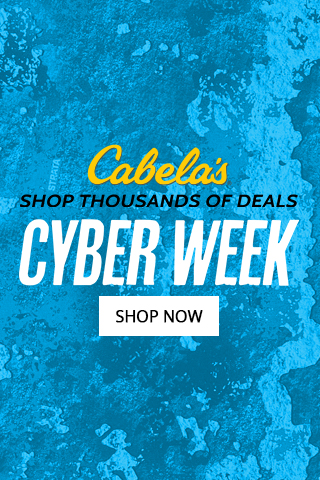